It released in January so it was eligible for 2018 Titanium Awards... and as such was awarded as Best Spanish Development at Fun & Serious Game Festival. But right before the gala we caught up with Deconstructeam's CEO to talk about how The Red Strings Club came to be, how it makes player reflect, and other aspects such as art, mechanics, OST, and accessibility. 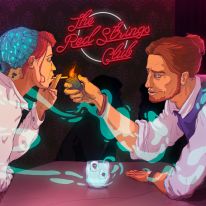 GRTV News - Rumour: Nintendo, PlayStation and Xbox won't be a part of E3 2023

PlayStation 5 - Bringing You The Extraordinary Trailer