We return to the hostile and dramatic world of Magalan, where not only hostility reigns between the different regions, because now an alien species is coming to invade the planet. Our protagonist tried to warn about the problem, but there were "more important" things going on in the world and, as always, nobody listens to whoever has the information and now it's time to prepare to defend the world and try to solve what couldn't be solved before. Many tasks, many enemies, and many mysteries to discover in this new title of ELEX. 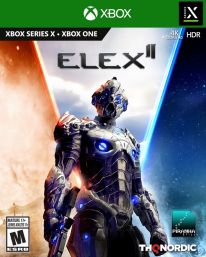 The Legend of Zelda: Tears of the Kingdom - Collector's Edition Trailer

The Legend of Zelda: Tears of the Kingdom - Official Trailer 2

Professor Layton and The New World of Steam - Announcement Trailer