Join us for a chance to win Astro Gaming gear when we livestream 9 Nordic Teams, battling it out for not only Astro Gear, but also ice cold cash

On the 18th of December at 17-20 CET we celebrate the launch of Season One with a Rebirth Island tournament, and you can watch the Rebirth Island Rumble tournament right here on our livesite. Sweden is represented by teams led by Michi, Dopest and Tejbz, while Norwary is represented by ThomasPaste, Amelie Snøløs and Sunni. From Denmark hails Jaxstyle, and Finland has sent in AndyPyro and LaeppaStream.

During the livestream, we will pick out the most remarkable comment, that be the most funny, most in-depth trivia or just the most spot-on comment for what is happening on the battlefield, and reward it with a Call of Duty: Black Ops: Cold War A10 headset from Astro Gaming. 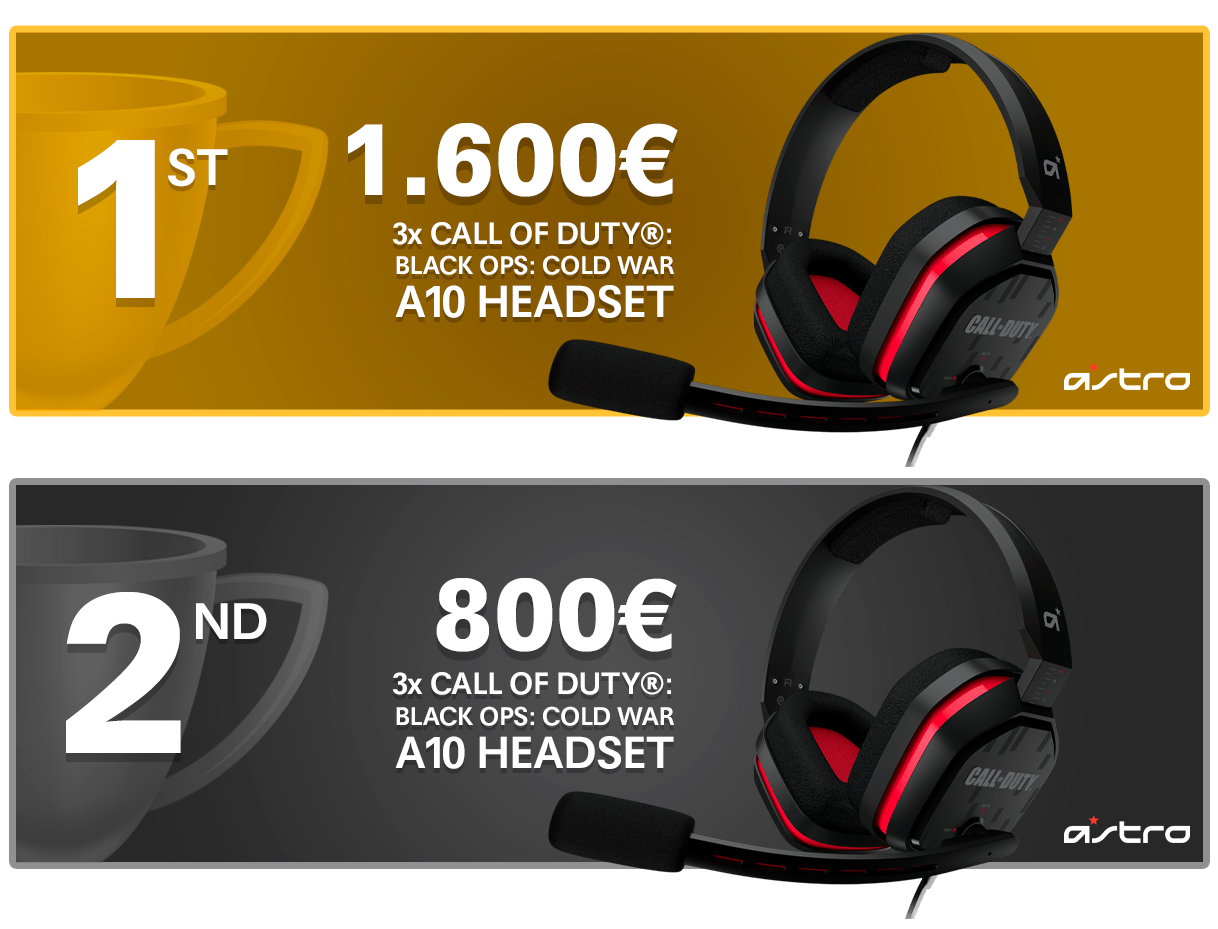 Nine selected streamer teams will battle it out for both cash prizes and the Astro Gaming Call of Duty: Black Ops: Cold War edition A10 headsets. Gamereactor will livestream all, and during the livestream, you have the opportunity to win a headset as well.

We will be streaming from 17-20 CET, so come join us on the most anticipated map for Call of Duty: Warzone.

Season One takes the Call of Duty story around the globe from Rebirth Island to The Pines shopping mall in New Jersey, where Stitch and his followers are brewing up enough bioweaponry to bring the world one step closer to doomsday.

Gamemode is Battle Royal, Trio – three people per team. The team’s matches played during the livestream will be used to score each team. Map is Rebirth Island.

Crossplatform must be turned on.

If teams are tied, the following points will be used as tiebreakers.

You must be visible and trackable on COD Tracker and https://my.callofduty.com/ . , You can follow this guide: https://cod.tracker.gg/modern-warfare/articles/how-to-public-stats.

Only completed matches count, and only the three highest scoring matches are calculated for each teams final score. Quitting of any team member before the Scoreboard is displayed will make that round invalid.

Support is handled via a closed Discord channel